Examples of Communities Being Impacted, sorted by category

US Case-studies and technical analyses

How does right-wing populism operate linguistically and how might this provide a window into the curious ability of this discourse to spread affect in viral ways? Re-coding Populism participants collected piles of bile and turned them into algorithmic poetry, presented as a handmade “zine” which can be reproduced anywhere by printing and binding the following PDF. 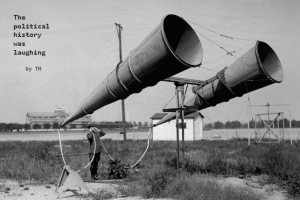 YouTube’s recommendation algorithms are a black box – we pump our preferences in and it provides us with suggestions of more things to watch, but it is impossible to know how this works. In this experiment, two participants created new “clean” Google accounts, submitted identical YouTube searches and clicked on the same recommended videos to see at what point their journeys diverge.

General vocabulary for politics and activism

The Re-coding Populism workshop at Ambient Revolts brought together a diverse group of 17 to discuss and address the connections between artificial intelligence and right-wing populism. The group developed three projects which explore these complex issues. There was a poem generated from a large, AI-processed corpus of extreme right-wing speech (and other readily-shared sources of charged discourse). Another poll-based AI-generated word-project recombined ideas and phrases sourced from the attendants of the conference. Other members brainstormed and collaboratively wrote some materials for distribution among people in positions of informational or political agency, with an eye to advancing data-based media literacy.

This website was assembled organically and collaboratively by the “Re-Coding Populism” working group at the Ambient Revolts conference organized by the Berliner Gazette at the Zentrum für Kunst und Urbanistik in Moabit, Berlin, Germany. Please credit us if you repost or continue this work elsewhere, and for press inquiries, please contact Juan Caballero or Dia Kayyali. To check out the material the group has created, click on one of the images above. All images on this website are CC-licensed (CC BY 4.0) and were taken by Norman Posselt at the BG conference.

Guide to 2018 media tactics for organizers and political activists

Tactics for “left” organizers to adopt themselves