What Is the Hidden Human Labor In AI-Driven Capitalism? 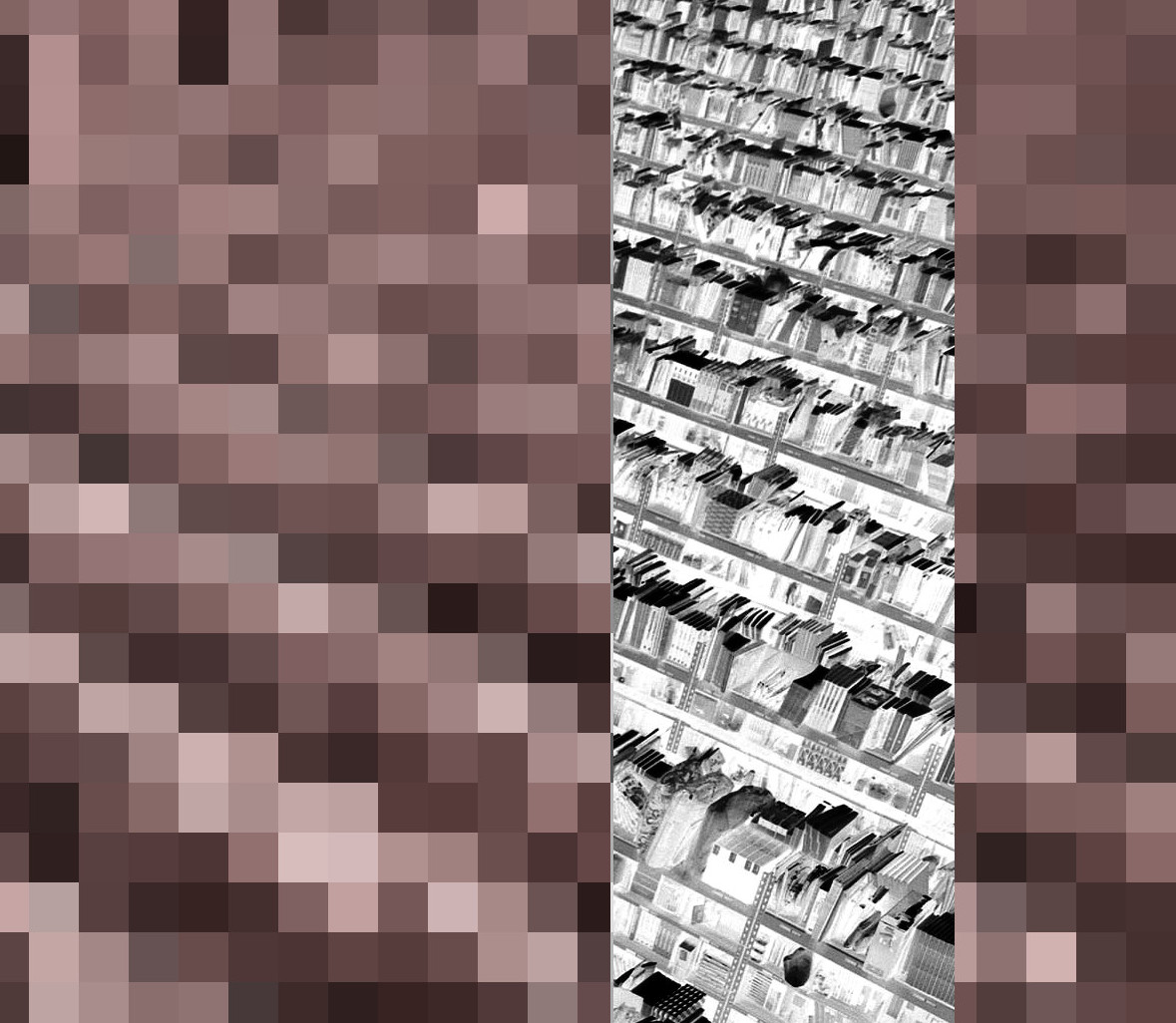 Under AI-driven capitalism human labor – across classes and contexts – seems to be gradually becoming extinct although it is in fact undergoing deep transformations. Thus, at the end of the day the task is to debunk the extinction myth and to inquire how it conceals the far-reaching restructuring of work. In other words, rather than buying into the myth of human labor as a fading reality, it is necessary to tackle labor as a buried reality that needs to be excavated from beneath dominant narratives and power structures. At this critical juncture, the SILENT WORKS project launches its intervention. Encompassing an exhibition, a conference, and a text series, the 2020 project will be curated by journalists/researchers Magdalena Taube and Krystian Woznicki and organized by Berliner Gazette in cooperation with Haus der Statistik – two Berlin-based initiatives looking for alternatives to AI-driven capitalism.

The SILENT WORKS exhibition will bring artistic approaches together that explore processes of imperceptibilization as the basis of coding, controlling, and conditioning social reality. Focusing on labor processes that are rendered imperceptible in AI-driven capitalism, the exhibition will stimulate to rethink the politics of aesthetics from within the ongoing restructuring of work. This inquiry into the politics of making labor im/perceptible, will enable to recast what labor means in the context of art and media. Save the Date: Opening on November 7, 2020.

To investigate the issues of SILENT WORKS in the politico-discursive realm, the BG will create a three-day conference program with workshops, performances, city tours and talks. The workshops – arguably the heart of the conference – will bring together 100 activists, artists, researchers, coders and cultural workers from more than 20 countries. The conference will assemble current initiatives that are critically engaging with the restructuring of work in AI-driven capitalism. Save the date: November 12-14, 2020.

The BG will grant the SILENT WORKS project a section in the Internet newspaper berlinergazette.de: it is intended to publish a selection of 50 reports, essays and interviews throughout 2020. This is an open forum to which writers, researchers, activists, artists, journalists and all kinds of other producers of (subjugated) knowledge are invited to contribute. The required text length is 10,000 characters. The language can be either German or English. The submission deadline is: May 29, 2020.

In an introductory essay, Berliner Gazette founding editors Magdalena Taube and Krystian Woznicki explore the hidden human labor in AI-driven capitalism, in the course of this describing the ideas of the SILENT WORKS project and presenting the questions that the project wishes to raise. This text is indebted to the collective findings from previous Berliner Gazette projects, including “Ambient Revolts” (2018) and “More World” (2019). Here, we present the first paragraph. So, read on and then click here for accessing the entire text.

Before artificial intelligence (AI) was invented as a technology, capitalism at large was driven by what could be called a fantasy of AI. This means that the most important economic processes – from decision making to production – have gradually been delegated to some higher, magically autonomous intelligence imagined as, for instance, an ‘invisible hand’ steering the ‘self-regulated market.’ In the neoliberal age, this fantasy of AI has paved the way for the rise of actual AI technology. Ultimately, at the very intersection of AI as a fantasy of capitalism and AI as a technology of capital, something that could be called AI-driven capitalism was born. Today, this far-reaching commingling of capitalist fantasy and capitalist technology is underlying processes of ‘market-friendly’ privatization and ‘market-transformative’ disruption—both coming to a head in ‘AI-powered geoengineering’ in the context of the climate crisis.

Meanwhile, AI-driven capitalism’s consequences impact on an increasing number of social fields (finance, logistics, etc.) and, last but not least, on the design, valorization, and perception of human labor. At first glance, the most urgent problem is that under AI-driven capitalism human labor – across classes and contexts – seems to be gradually becoming extinct although it is in fact undergoing deep transformations. Thus, at the end of the day the task is to debunk the extinction myth and to inquire how it conceals the far-reaching restructuring of work. In other words, rather than buying into the myth of human labor as a fading reality, it is necessary to tackle labor as a buried reality that needs to be excavated from beneath dominant narratives and power structures.

Continue reading the complete English version on Mediapart. You can also read this essay in German on Berliner Gazette.

The curators of SILENT WORKS are Magdalena Taube and Krystian Woznicki. Magdalena is editor-in-chief of the internet newspaper Berliner Gazette and professor of Digital Media and Journalism at the Macromedia University of Applied Sciences in Berlin. She is the author of “Disruption des Journalismus” (2018) published by Institute of Network Cultures, Amsterdam and co-editor of numerous anthologies, including “A Field Guide to the Snowden Files” (2017). Her curatorial projects include “Signals. The Snowden Files in Media, Archives and Arts” (2017) and “BQV. Büro für Qualifikation und Vermögen” (2012). Krystian is a critic, photographer, and the co-founder of Berliner Gazette. Blending writing and photography, he has created books such as “After the Planes” (2017), co-authored with Brian Massumi, “Fugitive Belonging” (2018), and his most recent work “Undeclared Movements” – published by b_books in February 2020. His curatorial projects include “As Darkness Falls” (2014), “Temporary Embassies” (2008), and “Young Japanese Cinema” (1999).

The venue hosting SILENT WORKS was built in 1968-70 in the middle of Berlin – initially as the seat of the State Central Administration for Statistics (SZS) of the German Democratic Republic. Then it became federal property with the reunification of Germany. Since 2008, the Haus der Statistik has been empty. 50,000 sqm vacancy right at Alexanderplatz, in the middle of Berlin, where most people are suffering from the consequences of real estate speculation and gentrification. An artistic protest campaign at the Haus der Statistik got things moving in 2015. Shortly thereafter, the Haus der Statistik initiative was founded, an alliance of various Berlin actors: social and cultural institutions, art collectives, architects, foundations and associations supporting the goal of creating affordable spaces for displaced user groups in the city center. By founding the Cooperative for Urban Development (“ZUsammenKUNFT Berlin eG”), in April 2016, the initiative became capable of action and legal capacity, subsequently forming an association between 5 partners (KOOP5) from civil society and administration. This association is oriented towards the common good and the diversity of uses – developing the Haus der Statistik as a space for cooperative living and working. A basis for this ambitious goal will be created by ‘pioneer uses’. During the current planning and construction phase, these pioneer uses – set at the ground floors – will contribute to shaping the future of the complex.

The organization behind SILENT WORKS is Berliner Gazette (BG) – a nonprofit and nonpartisan team of journalists, researchers, artists and coders. We experiment with and analyze emerging cultural as well as political practices. Since 1999 we have been publishing berlinergazette.de under a Creative Commons License – with more than 1,000 contributors from all over the world – as well as organizing conferences and editing books. Latest BG projects include 2019: More World – BG con | 2018: Ambient Revolts – BG con | 2017: Signals – Exhibition | A Field Guide to the Snowden Files – Book | Friendly Fire – BG con | 2016: Tacit Futures – BG con | 2015: UN|COMMONS – BG con | 2012: BQV. Büro für Qualifikation und Vermögen – Documentary | 2006: McDeutsch – Book.

If you want to get updates on SILENT WORKS, you can follow us in various ways. You can keep in touch on twitter or on facebook. Please use the Hashtag #SilentWorks when posting messages on social networks. If you wish to be updated via email, you are very welcome to join our mailing lists. On our English language mailing list we share updates on BG projects as well as initiatives from our network associates and neighbors. You can subscribe here. On our German language mailing list we provide updates on what we publish in the online newspaper berlinergazette.de as well as selected info on events in Berlin. More information and a subscription option please find here.

SILENT WORKS is a project of Berliner Gazette and will be realized in cooperation with Haus der Statistik. The project is supported by Institute of Network Cultures, transmediale, piqd, Vectors of Collective Imagination, and ZK/U – Center Arts and Urbanistics.

SILENT WORKS – the exhibition project and its accompanying program will be funded by the Capital Cultural Fund that is administered by the Senate department responsible for culture of the city-state of Berlin. The conference project will be funded by the German Federal Agency for Civic Education/bpb, among others.