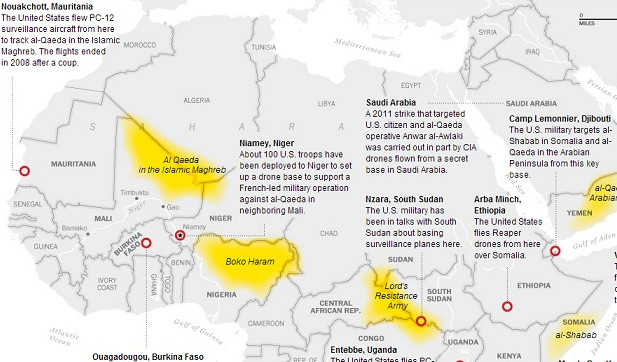 Surveillance and “mass mobility” two major issues of our time, seemingly unrelated at first glance and yet pervasive surveillance continuously interconnects with routes used by migrants to reach richer countries. The same infrastructure that facilitates mobility also promotes surveillance and can be used to prohibit, restrict, punish and kill, the ultimate expression of this being the Drone War. Using the example of migration from sub-Saharan Africa to Northern Europe via the Central Mediterranean Route, we examine these intersections, and consider how connection and disconnection are and can be used by migrants to survive. The ultimate goal of our map is to create a living document which can highlight these links to both migrants and those involved in the care culture. Further, we examine the borders both invisible and clear, the holes in them and the increasing circulation of information.

The Oxford Dictionary defines the term migrant as “a person who moves from one place to another in order to find work or better living conditions.” Cognizant that categorization is both controversial and limiting, we chose to employ the term migrant in this sense for our project.

The workshop took place at the TACIT FUTURES conference hosted by Berliner Gazette in 2016.