Hacking Women on the Rise

BY Leuphana Students /No Comments

The number of women in programming and hacking is extremely low. But they haven’t been a minority in that field all the time. This article describes who the first programmers actually were. Through an interview with net artist Cornelia Sollfrank the current situation for hackers and programmers is going to be examined: Why is hacking such an unattractive activity for women and what is already changing in that field?

In February 2019 the bullying and muzzling of female Youtubers, journalists and moderators through mostly young male journalists, blogger and advertisers of the Facebook group “Ligue du LOL” was made public. But threats of violence and hatred against women on the Internet are not uncommon. According to a study by Amnesty International, about 7 percent of tweets women receive on twitter are abusive or problematic. Moreover women of color and black women are even more likely to be targets than white women.

The inequality of women and men on media does not only show when women work or act publicly on the Internet. According to a study of the European Commission there is a growing gap between men and women in the whole digital sector in the fields of education, career and entrepreneurship. According to the Commission the main reason for the unequal treatment are unconsciously on-going prejudices about gender and use of technology.

The Evolution of female programmers

One popular and persistent prejudice is clearly shown when women make mistakes in using computers or any kind of machines. In these situations it is still very common to hear someone making fun of “women and technology”. What seems inconceivable to many people, is that the field of computing was once technically imbalanced the other way around. In some technology companies, there was a much higher number of female programmers than male programmers around the time of the Second World War.

In fact the women who programmed the first computers were called ‘computer’ themselves, because that described what their job was: The manual computing means calculating of trajectories of missiles. Computing was considered a field of mathematics at that time. And in comparison to, for example, electrical engineering, women were highly represented in mathematics. In computer labs they found an attractive field of activity and their chances to get a job were better due to Second World War when there was a lack of male workers. Interestingly the number of women in computer science in the US has risen until the 1980s. But from a peak about 1985 with 37 percent of women, it dropped by 20 percent until 2015.

Now in 2019 the number of women in computer science or in IT jobs is still very low: “The whole technological field is still very much imbalanced in terms of gender but also in other aspects”, states net artist Cornelia Sollfrank. 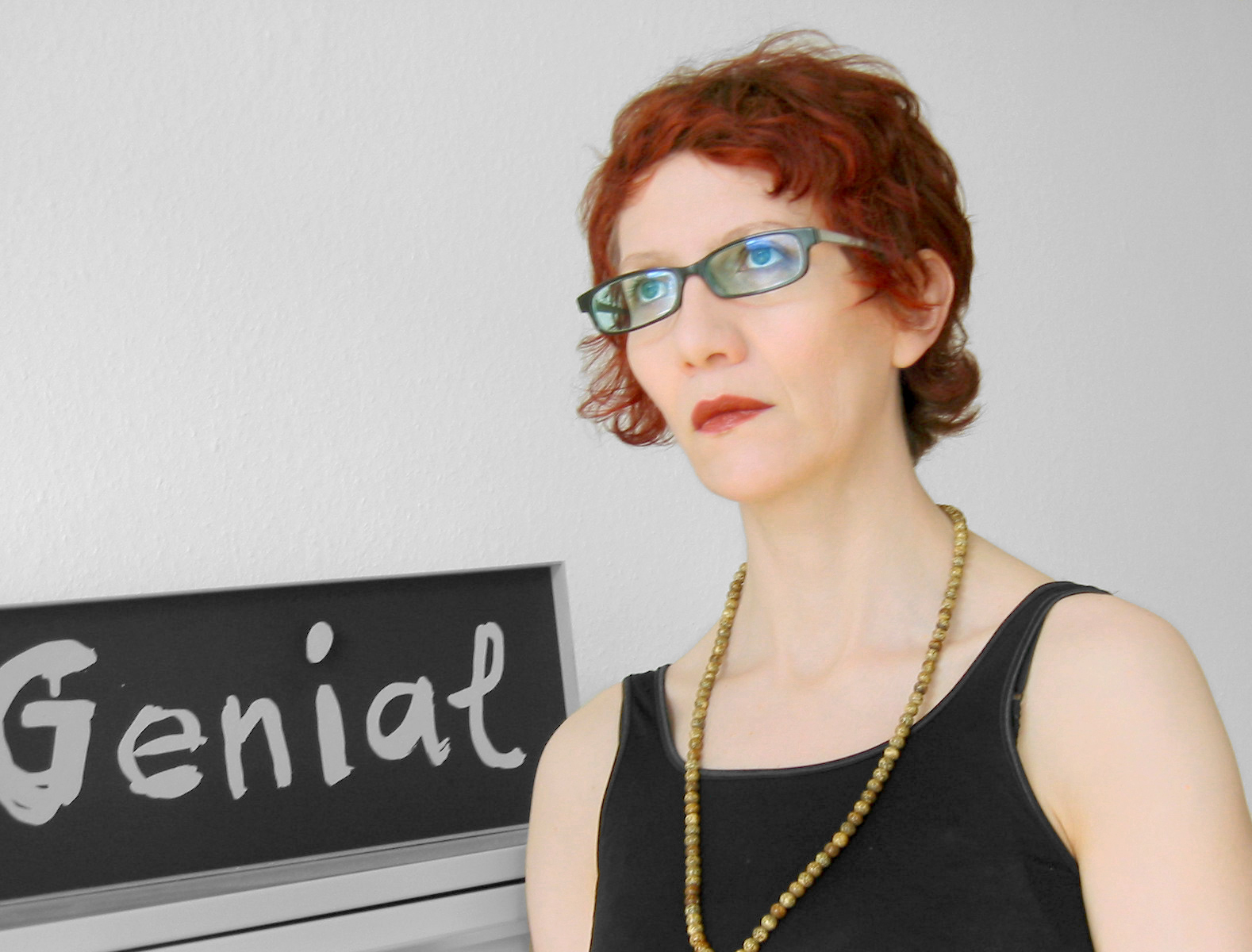 Cornelia Sollfrank is a net artist and researcher. She became known for ‘Female Extension’, a hack in which she tried to disrupt an art competition by inventing hundreds of fictitious participants. Sollfrank equates hacking and net art because abstracted from the technological issue and the intention in both fields people try to find weak spots of a system and to intervene. In her latest book ‘The Beautiful Warriors’ [https://transversal.at/books/die-schonen-kriegerinnen] different writers examine the relation of technology and gender. Sollfrank operates her own website artwarez.org where her works are published.

She criticizes that technical competence is mostly connotated as male: “Women who have technical competence are not considered feminine.” About 20 years ago, she set out on the scene in search of in her words “the rare species of female hackers”. Sollfrank admits: “I was hoping for a bunch of really cool female hackers.” In her research, she was confronted by prejudices about women who had no interest in hacking because it was not in their female nature. Unfortunately in her research in 1999 Sollfrank did not find a single female hacker and therefore decided to invent a few by conducting interviews with fictional characters.

During the last few years, however she noticed a change: “Nowadays, there are definitely more women and queer people on conferences such as the annual conference of the Chaos Computer Club where lots of hackers and programmers meet. But I am sure not all of these people have a feminist agenda. Sometimes, the only way to survive in the field is to adapt to its values instead of questioning the system.” 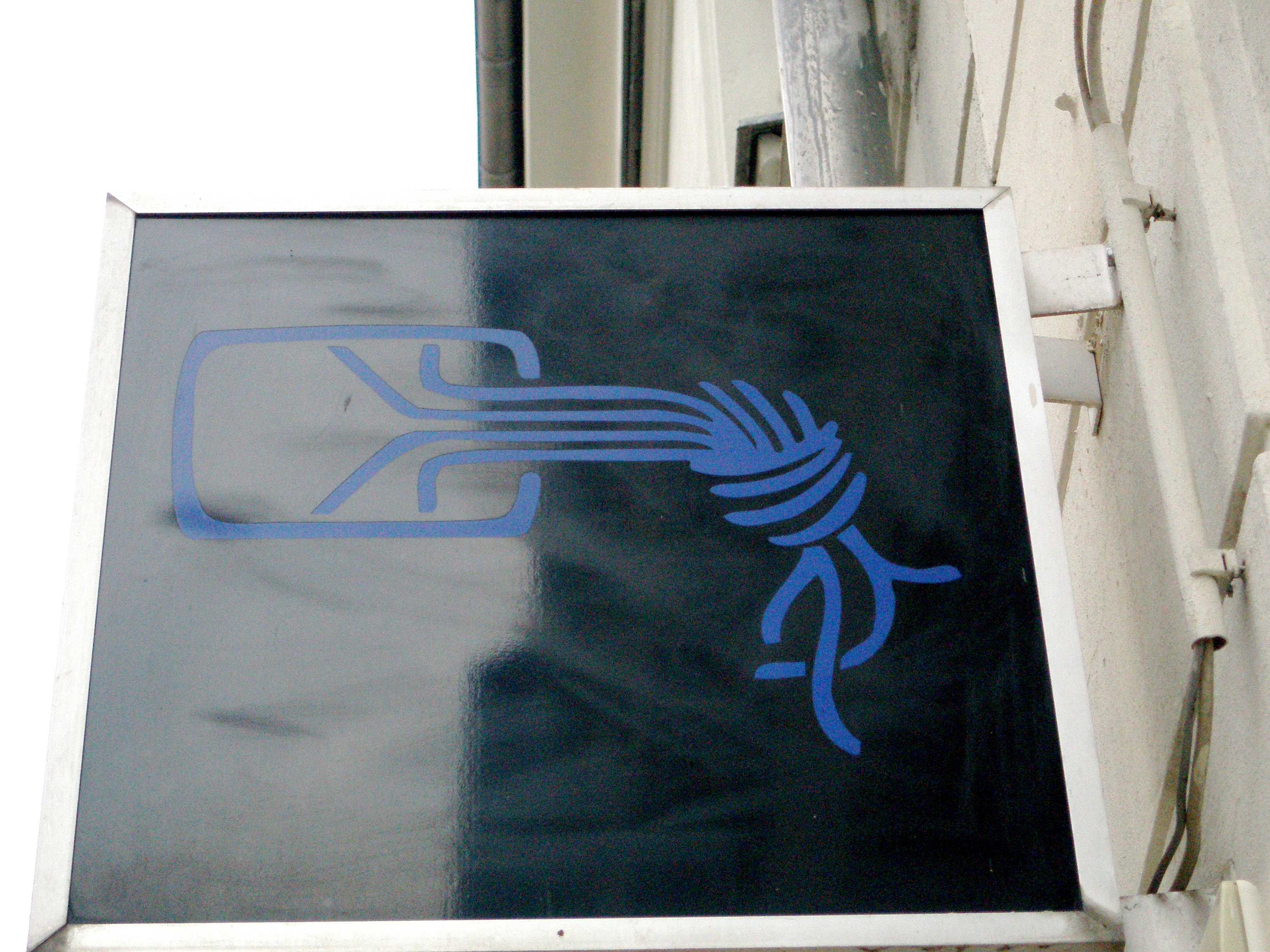 Short CCC is a German association of hackers with more than 5,000 members. They have developed into an important non-governmental organization in questions of computer security. On their annual Chaos Communication Congress there are held talks and workshops on current political and technological issues. In 2018 about 17,000 people took part in it.

Today there is about 20 to 25 percent of women who program professionally.
But in the field of hacking and groundbreaking innovations, there is almost none.

In the field of hacking there is not only an imbalance between men and women but also of people of color and different sexuality. About 3 years ago Sollfrank visited a hacker conference after a long absence. It was the first time a “Queer Feminist Geeks Village” took part in there. “And there were quite a few people who formed up and are still in touch today.” Sollfrank determines that 20 years ago it was inconceivable that women and especially women with their children, women of colour or queer people would take part in such a conference. Even though the number of non-white and non-male participants in the tech scene grows, they still are still in a clear minority.

Why so few women hack

But what explanation is there for the fact that are so few women, people of color or queers in the scene of hackers and programmers? Sollfrank has an explanation:

It is not because male hackers hate women or want to exclude them intentionally. The guys actually often say ‘Women are welcome. Everybody is welcome.’ The problem is that they are not able and/or not willing to think about this imbalance, to self-reflect. And sexism, very often, is not open, but rather localized in the ways of communication in this field. There is something deterrent about how people deal with each other around technology.

Sollfrank assumes that this has to do with the meritocracy prevalent in the scene. Meritocracy in its original meaning describes a political system in which people reach power and influence through their talent and effort instead of good connections or wealth. “It is a sort of ‘objective’ criterion to evaluate people according to their personal achievements. This, however, leaves out of the equation the restricted access to the field in the first place. Proving that you know more than somebody else, is an easy way to devalue others and raise your self-esteem.”
Sollfrank examines that those male hackers have privileges they aren’t aware of. “They have access and time to deal with technology. And that’s what I criticize – the non-understanding of their own privileges.”

However, there is a growing number of female programmers who have founded and established women hack spaces or programming workshops like Heart of Code in Berlin, RailsBridge from San Francisco or Rails Girls from Finland. Some of them have grown into worldwide organisations and stand up for diversity in technology.

As an artist, Sollfrank addresses problems related to gender and technology through her art. In December 2018, at the “Chaos Communication Congress” she made a performance lecture about Wikileaks and the gender aspects related. Julian Assange, the founder of Wikileaks, was accused of rape and sexual assault by two women in Sweden in 2010. He denied the allegations and seeked political asylum in the Embassy of Ecuador in London to avoid the legal actions and a possible extradition to the United States due to his work with WikiLeaks. In the center of Sollfranks performance there was a photo that depicted one of the main pieces of evidence in the case. Sollfrank felt like she had something to say directly to the hackers at that conference: “I wanted to make clear that in this scene such a behavior is normal.”

This reveals that programming women are active in a field where a socially constructed gender inequality is very visible through the low number of the actual number of women there. It’s important to uncover the problems and discuss them, so that solutions and changes actually reach more people and they become aware of it. Sollfrank chooses art as her way to make the situation of programming women, feminists, queers and people of color visible. When the discussions start and people start to rethink about things they weren’t aware of beforehand, the society might change to the better. In this case to a more diverse field of hacking and programming in terms of gender, but also opinions and perspectives.

Title: Photo of Mary Allen Wilkes – With the LINC computer at Home – 1965

Title: A C program that prints Hello World when invoked 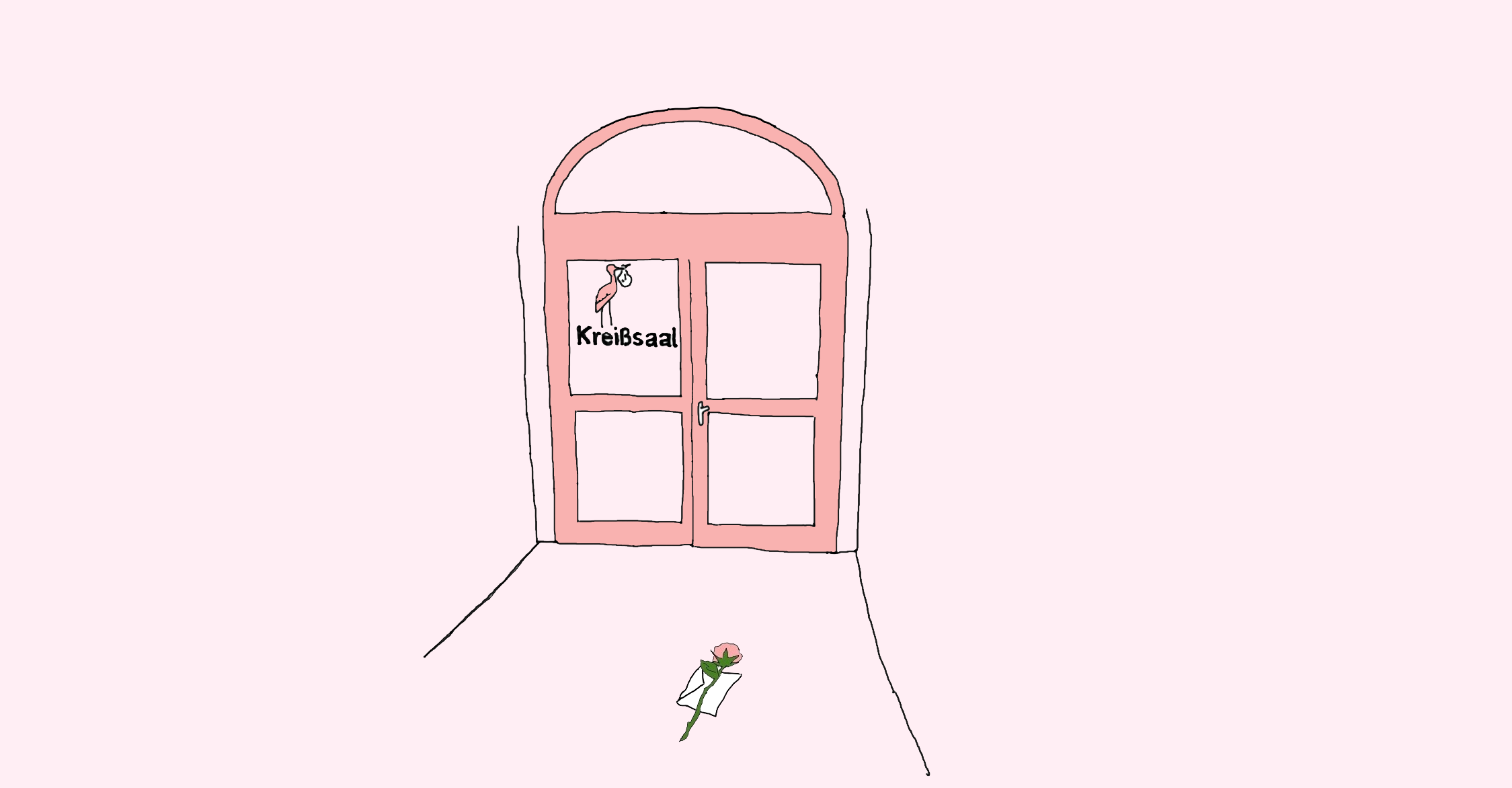 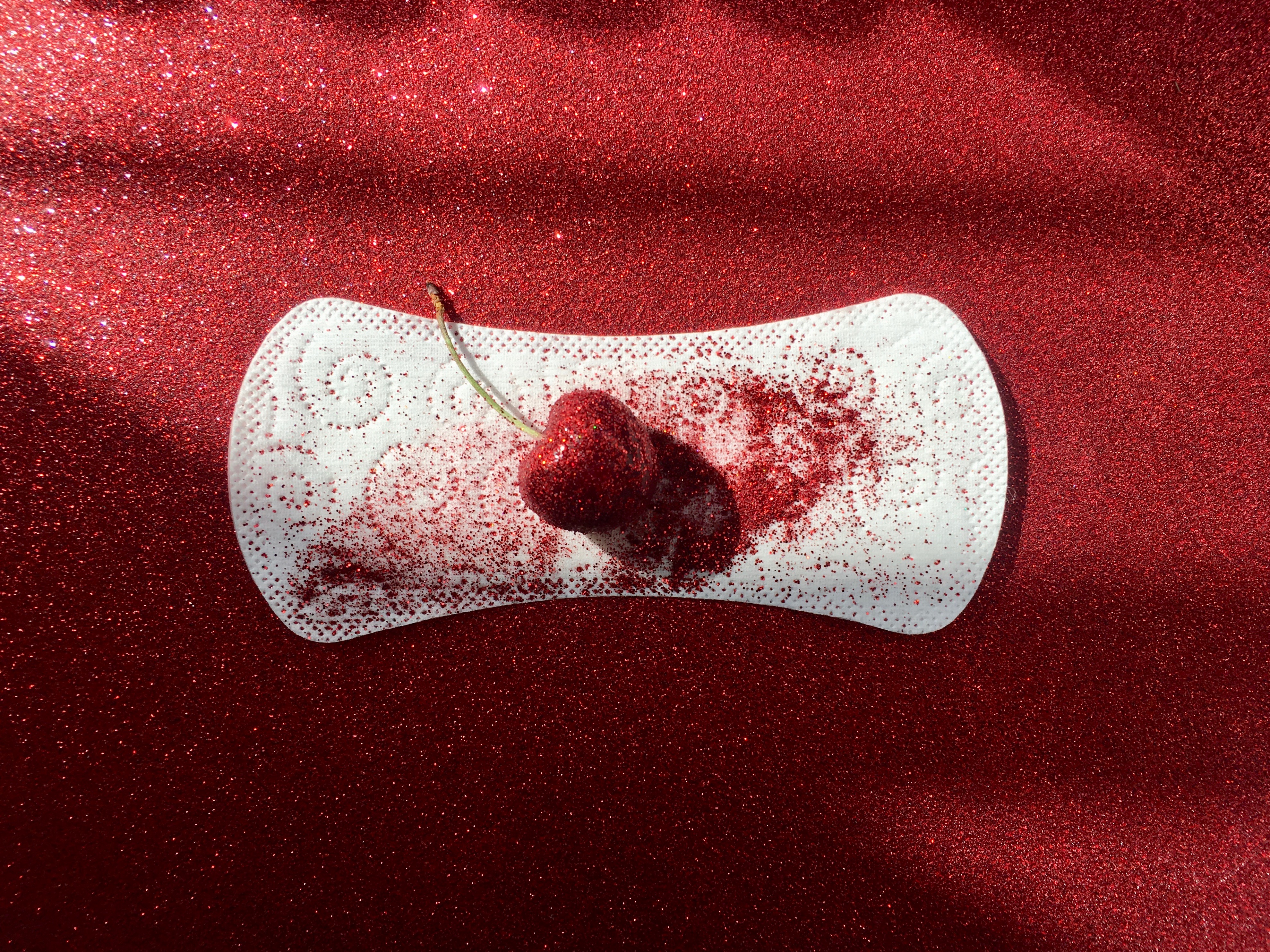 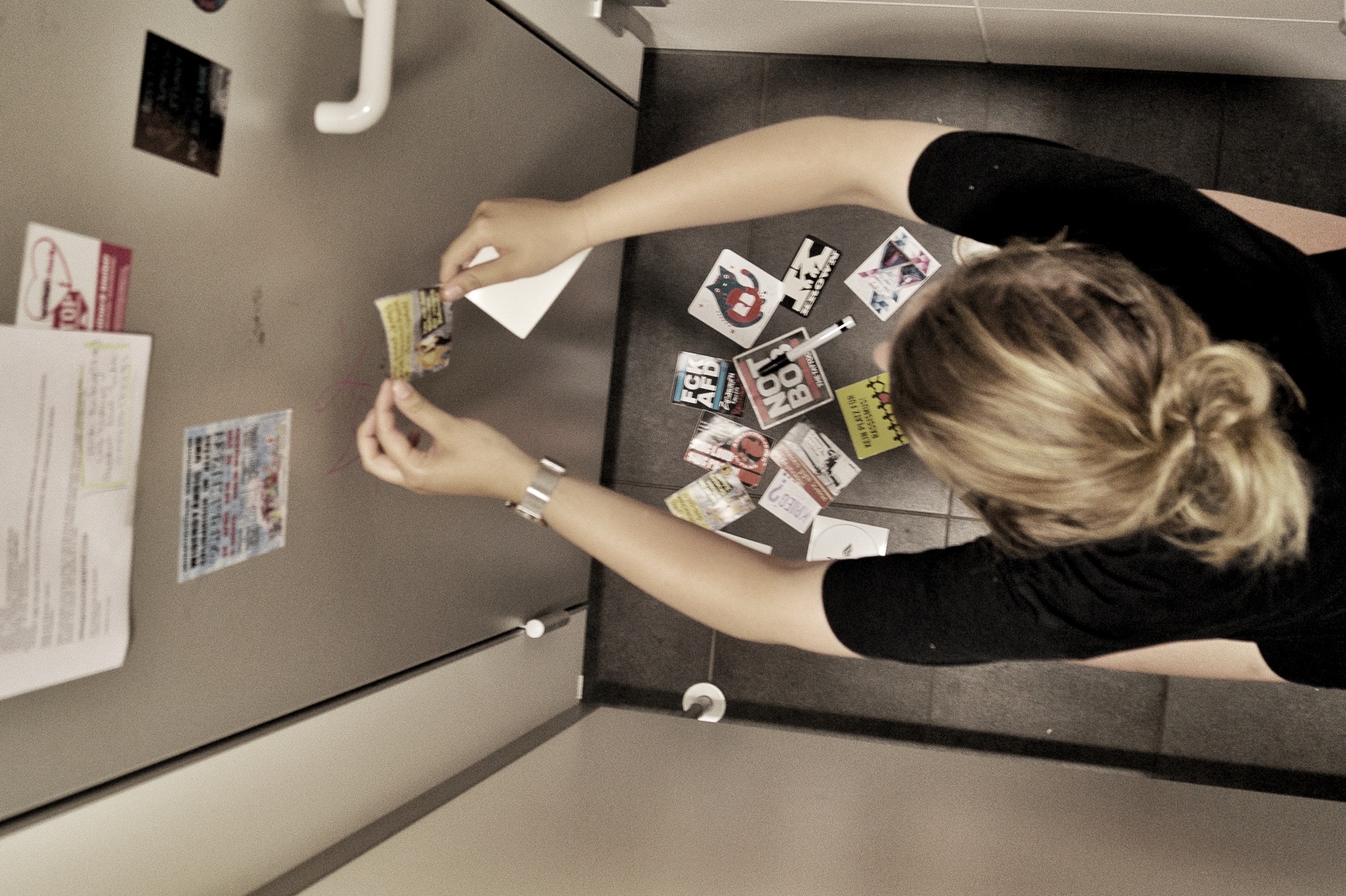 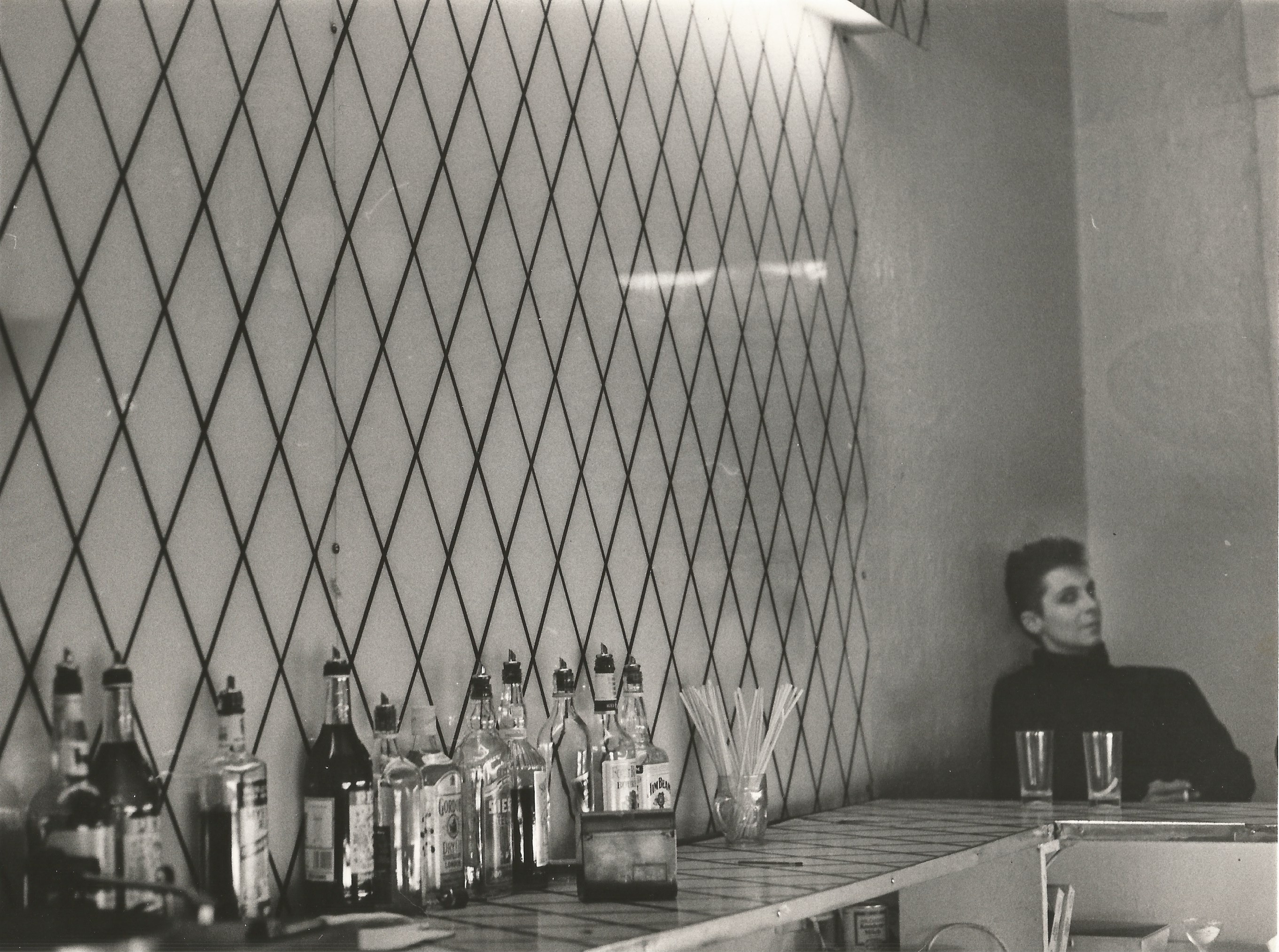